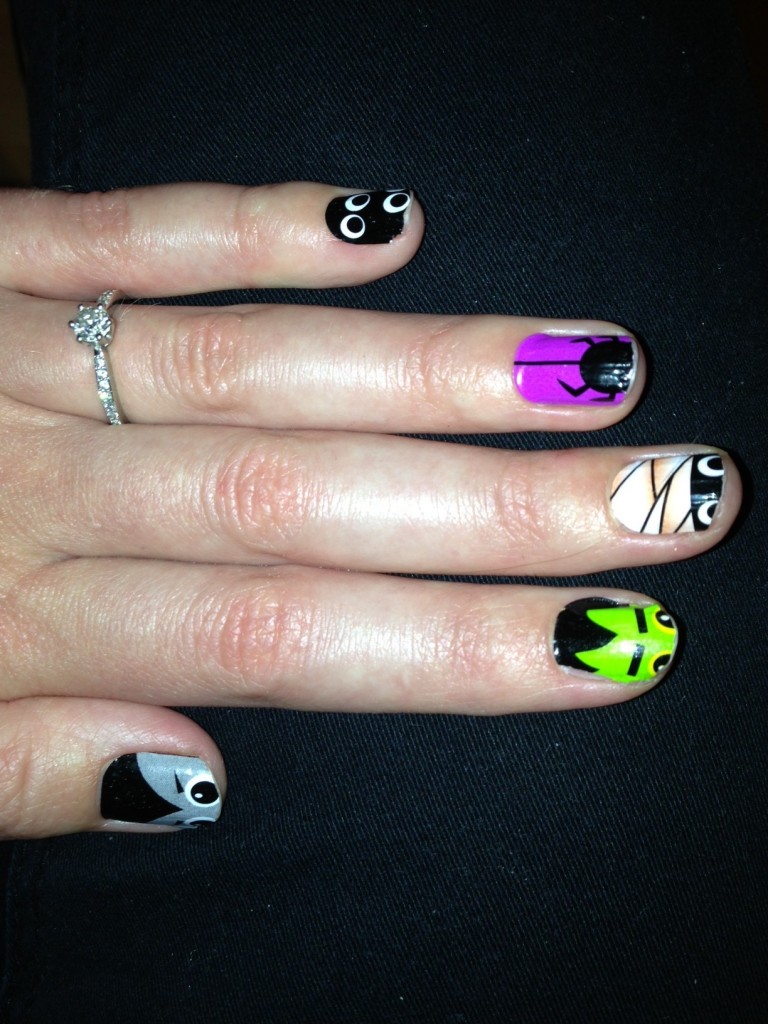 I thought I would get these cool Halloween nail wraps from Topshop (£3) in just before the witching hour was upon us. (That’s midnight to you and me.) This was about as Halloweenie as I got this year although I did buy a few sweets incase anyone came trick or treating. Strangely no one knocked this evening so we’ll be eating all the sweets between us watching films over the weekend (or maybe while we pack, Eeeek, its a hard life). These nail wraps as you can see included some ghostly eyes, a spider (eeek!), a mummy, frankenstien and a vampire. So cute yet scary. I’m kind of wishing I had longer nails though at the moment because the actual faces of these creepy looking fellas were really rather cool, but just the eyes give a really cool effect none the less. Have a spooky one. Ha ha ha ha !!!! (  said in a creepy accent, with creaking doors as sound effects) 🙂