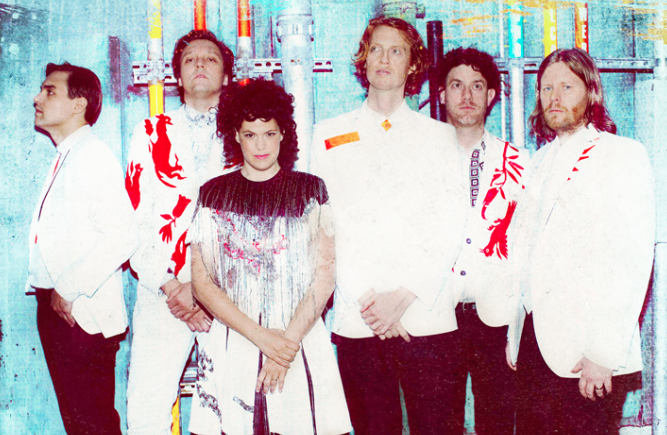 I know that I’ve showed you a few Arcade Fire songs before but as you might already know my fiancé and I saw these guys live at Earls Court a few weeks ago and they were awesome. They played for almost 2 hours, they sounded great, their live performance was fun and they played a good mix of old and new songs. They also put £1 from every ticket bought towards the Haiti Foundation Partners in Health.  They’ve been doing this for the last 7 years and have raised over a £100,000 which is just amazing. They had a photo booth at the gig and here’s our photo. (I don’t really know what I was looking at though). 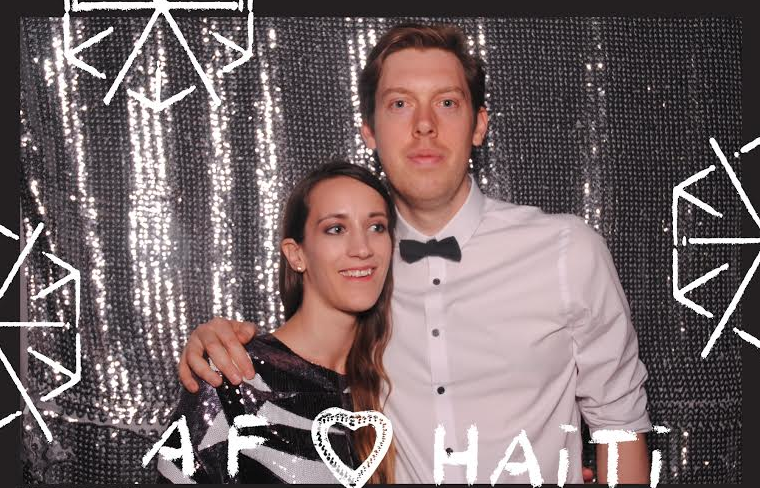 Arcade Fire played Glastonbury on Friday and so we celebrated a long (birthday) week by watching the live gig on TV sipping champagne. It took us back to the amazing event and it was a brilliant night. This song Rebellion (Lies) has been in our heads ever since and we just love it. Maybe one day we’ll get to see them live again. Let me know if you have been loving Arcade Fire as much as us or if you went to see them too. I’d love to hear all about it. Happy Monday!